Virginia Zeani might justly be considered to be the first “modern” Lucia.  Her debut in  the role was in 1950, two years before Maria Callas.  Lucia had previously been the province of delicate, insubstantial coloraturas and it was widely dismissed as “canary fodder”.  With her rich, lyric voice and intense dramatic personality, Zeani reinvigorated the character of Lucia and helped restore recognition of the work as a nineteenth century operatic masterpiece.

These are  reviews from the ground breaking performances of Lucia di Lammermoor in London in 1957 where Virginia Zeani sang with a visiting touring company.  It was the outstanding success of Zeani’s Lucia which convinced Covent Garden to stage the new production which launched Joan Sutherland’s international career. 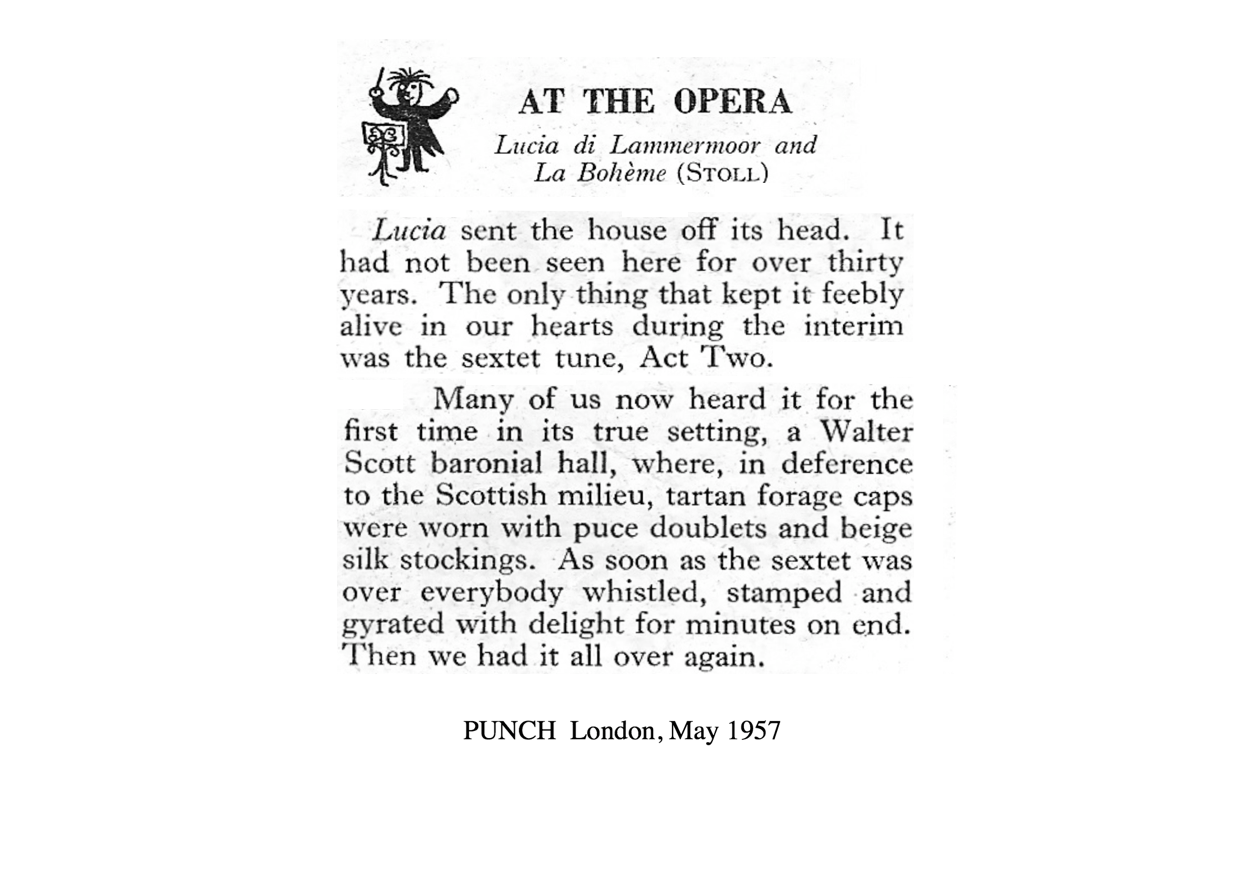 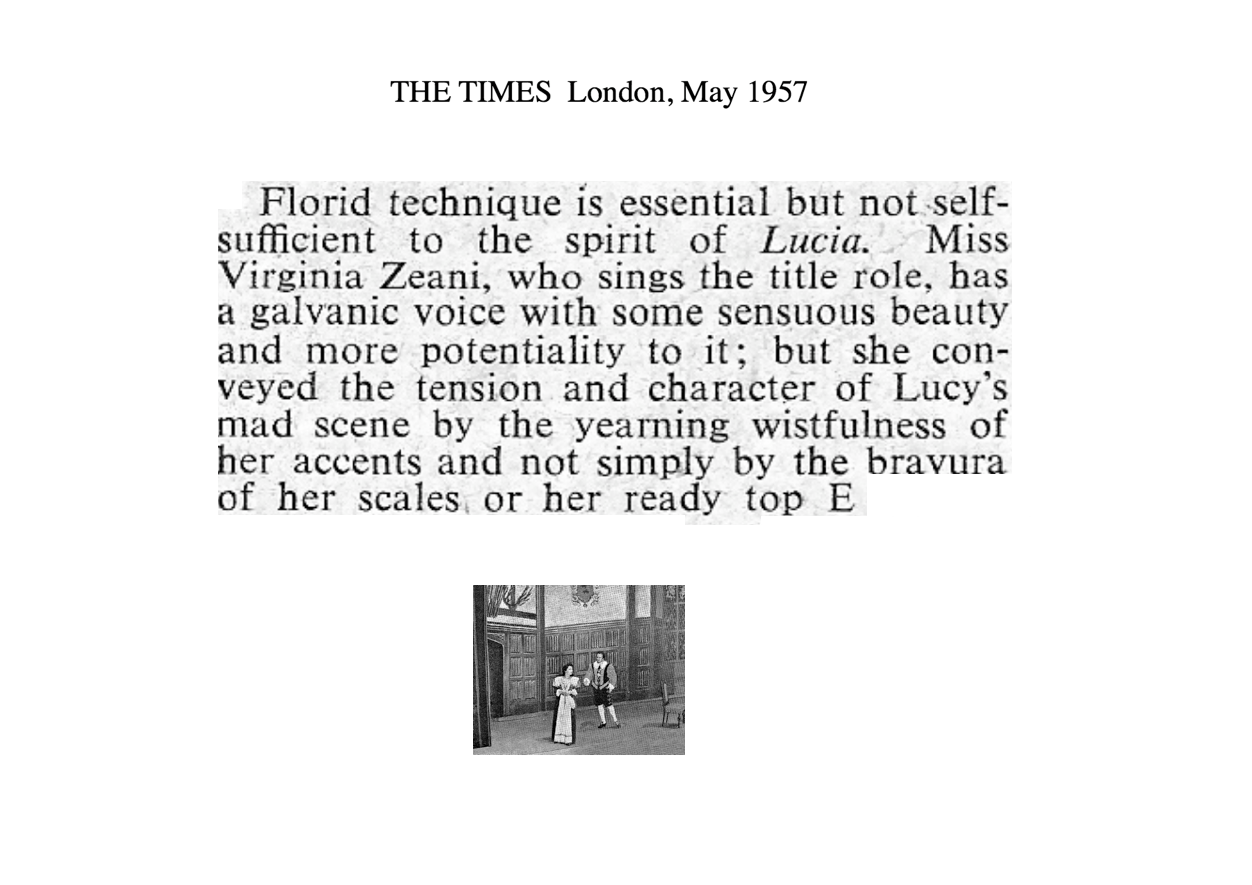